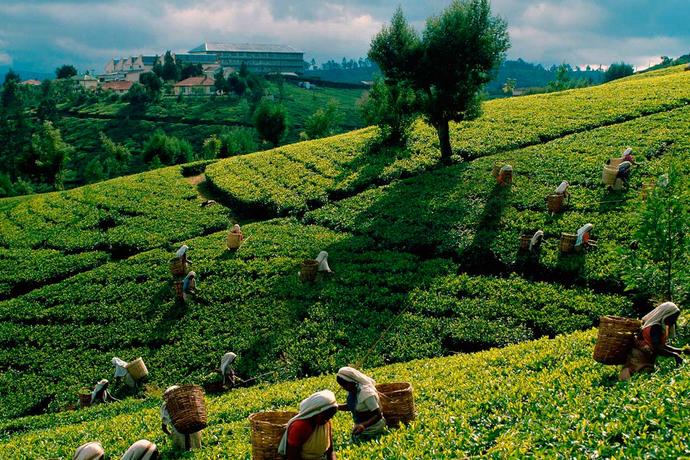 You might be sitting in front of your computer right now with the cup of tea beside you and if so the chance that it came from Sri Lanka are very high. Tea production is one of our main sources of foreign exchange, more than 25% of the value of our total exports, and I am proud to say that we are the second biggest tea exporter on the planet. In 2007 Kenya took over from SL as the biggest and has been the industry leader over the last ten years or so.

The picture above  shows tea pluckers of Nuwara Eliya (Central province). These fields were planted during the British time and it was the pioneering Scot, James Taylor, who along with Thomas Lipton marked the birth of the tea industry. In 1867 the fist shipment of Ceylon tea arrived at the London Tea Auction. Taylor, who died aged 57 in 1892, is buried at the Mahaiyawa Cemetery in Kandy.

In 1992 at the 100th anniversary of his death the then British High Commissioner said "It can be said of very few individuals that their labours have helped to shape the landscape of a country, but the beauty of the hill country as it now appears owes much to the inspiration of James Taylor, the man who introduced tea cultivation to Sri Lanka."

Most of the tea planted in this Nuwara Eliya is black tea and along with India and Kenya, Sri Lanka produces some 70% of the world's supply. 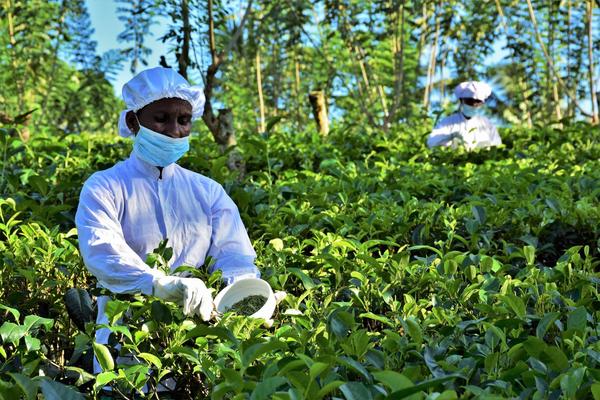 Head south towards the coast and you can find plantations specializing in White Tea also known as 'silver tips'. At the Handunugoda Estate near Galle the pluckers follow an ancient Chinese method and wear gloves and so produce 'Virgin White tea' - untouched by human hand. In 2009 this tea fetched $1,500 per kilo - making it more expensive than silver.

If you are staying in or near Galle a visit to this estate is highly recommended.

Maybe you'd like to stay on a tea estate itself and we have two lovely options...

...but truthfully wherever you stay you will never be that from a tea plantation. Fancy another cuppa?